Basically there are three phases in the plans of the light forces for planet Earth and its inhabitants:

We are nearing the end of phase 1 and are getting ready to commence phase 2, which will start at the time of the Event. The Event will be heralded by the Event flash, which is a very powerful energy pulse that will be sent by the Pleroma through the Galactic Central Sun and that everyone will feel to some degree depending on each person’s sensitivity. Upon arrival of this flash on Earth the current financial system will be shut down immediately and mass arrests of all Cabal members worldwide will commence. This will be broadcast live on television for everyone to witness. After the dust of phase 2 has settled and people have come to understand what is going on and why it is happening we will move into phase 3, which is intended to clean up the mess that has been created by the irresponsible and dark rule of the Cabal and to reveal the whole untainted truth to all of humanity. After this phase is completed no intensive assistance from the light forces will be needed anymore and everyone will have the options at their disposal that best fit their individual needs and desires. 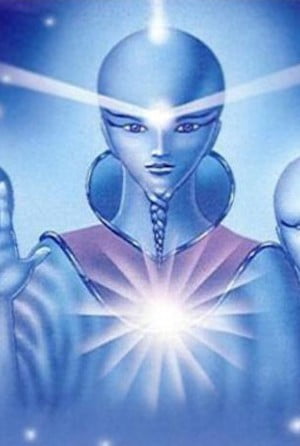 What has been accomplished so far.

A lot has been accomplished in the years following the Treaty of Anchara that was concluded in 1994. Although things on Earth got worse initially due to the remaining dark forces withdrawing from Orion and concentrating their forces in the solar system and around Earth, from the turn of the century onwards the light forces were able to mount a counteroffensive and gradually conquer and clear deep underground and undersea military bases. This was partly done by Earth’s own government officers and soldiers that are aligned with the light forces, partly by the Resistance Movement and partly by humanoids from other star systems. As a result some 500 million physical reptilians were removed from the planet, many human hostages were liberated and taken to Galactic Confederation spheres for recovery and healing and the shelters where the Cabal was planning to hide after fomenting a third world war have been rendered inoperable. Also many smaller bases of the dark forces on moons and asteroids in the solar system have been taken over by the light forces, their technologies that strengthened the veil and pulled in anomalous energy from the surrounding cosmos have been cleared and more human hostages have been liberated.

In 2010 most physical implants that were administered through vaccination programs and that reinforced programming have been removed by the Resistance Movement from the human population by use of a special technology that could be operated from a distance. Plasma implants that suppress higher knowledge have not been fully removed yet, but have been made less effective in their functioning. In subsequent years billions of non-physical reptilians and other negative entities have been removed from the plasma and etheric planes. Mass meditation portal activations done in 2012 have completely erased all negative future timelines so that any plans of the Cabal for global cataclysms stand no chance to come to fruition. Many black operations programs and human cloning laboratories that were operated by the Cabal have been cleared and shut down. Most sensational is that the great majority of gold held in central bank and Cabal vaults has been removed by the Resistance Movement and the Cabal is left with a fiat currency system based on thin air. What is lying in the central bank vaults now are tungsten bars coated with gold. In order to get their hands on some gold the Cabal has set up gold buying shops in every city and town throughout Western countries and intensified gold mining operations.

The inner Earth civilizations have expanded their contacts between themselves, with the Resistance Movement and with benevolent extraterrestrials and have invigorated the Agartha network. On the surface of the planet Event support groups have been formed that will assist in leading developments in the right direction during and immediately after the Event and in calling to life the many humanitarian, environmental, social and cultural projects that will be set up. In early 2015 all physical strangelet and toplet bombs of the Chimera group have been cleared. In 2016 the clearing of all plasma strangelet bombs was completed. Since the solar system outside the area directly surrounding our planet has been cleared of the presence of negative beings the disintegration process of Yaldabaoth has started. The first step was the creation of a tachyon membrane inside the moon orbit by the Pleiadians that effectively cut the head of Yaldabaoth from its tentacles. As a result of the February 26, 2017 mass meditation the tentacles of Yaldabaoth have been fully dissolved and no plasma anomaly could be found anymore outside the area directly above the surface of the planet. Now the head of Yaldabaoth that contains the remaining plasma toplet bombs is being disintegrated. In February 2018 we have entered the termination phase of the planetary liberation; shallow underground military bases are being cleared of Cabal presence and dosed surface operations have also commenced. In the summer of 2018 the funneling of anomalous plasma by the dark forces from the outskirts of the Milky Way through plasma filaments (higher dimensional threads or tunnels) into the implants of beings inside the Solar system has been terminated, effectively closing the tap while the water is being mopped up.

Approaching and reaching the Event.

As the Event is getting closer and closer, the top Cabal members are getting more and more nervous as they are unwilling to surrender to the Light and be held accountable for the horrendous crimes and attrocities they have perpetrated. They are unsuccessfully seeking ways to avoid the inevitable, trying to turn the tide, create chaos, global conflict and destruction, but the large scale actions they plan are stopped every time by the light forces. Only small scale actions that kill or injure a few people here and there come to pass, so expect such unpleasant incidents to keep occurring frequently until the Event. I would advise the Cabal to come to terms with their fate and prepare for it mentally and emotionally instead of wasting more time on delaying further what must and will surely happen.

Once the Event is initiated many people will be shocked and confused with what is happening seemingly out of the blue. At that point the people like us who are in the know need to inform relatives, friends, acquaintances, the general public and people in leadership positions of what is going on, what is the intention and background of the Event and what is the end goal of it. This will limit the amount of chaos and avoid people freaking out and turning violent. The Event should take place as smoothly as is humanly possible for such a radical happening.

This is what will happen during the Event:

This is what will happen shortly after the Event:

This is what will happen some time after the Event:

This is what will happen somewhat longer after the Event:

The world after the Event.

Only by living for some time in real liberty, free from debt, misery, exploitation, manipulation, wars, crime, lies, deceit and high treason, will people realize what a huge difference it makes to have overcome the dark forces. This is the normal way of living, to help and support each and every living being in their pursuit of happiness. The fucked up way of living (if you can call it living at all) that people have experienced before the Event will be gladly forgotten once the truth and reconciliation process has been rounded off. Many wonderful things will happen and everyone will get ample chance to develop their talents and deploy their abilities precisely in line with their deepest desires. As many of us have already acquired very remarkable and unique skills to surmount the setbacks, cope with the perils and bypass the obstacles that were put in our way, our services will be in high demand throughout the entire universe. And space travel will become a normal phenomenon in the near future.

Working weeks will be much less strenuous and will comprise about half of today’s working hours due to introduction of more advanced technologies. The benefits of further automation and robotization will go to the general population and not to any elite. Private life will be easier as well because of the introduction of replicators (a much more advanced version of 3D printers). Costs of products will be significantly lower as a result of free energy and lower taxes. Technologies that pollute the environment will be phased out quite swiftly and replaced by clean production methods and transportation systems. There will be much stronger attention for spiritual development and everything that comes with it, it will become a matter of course to spend time on your spiritual nature. People will become psychic, clairvoyant and sensitive to other people’s feelings; they will also learn to communicate telepathically.

Healthcare will undergo a revolutionary transformation as well, it will be based on energetic healing complemented with natural substances that have healing properties instead of operating by use of incisions and putting people on synthetic pharmaceuticals that only combat symptoms. Wholistic traditions that have fallen into oblivion or that have been abandoned in favor of “modern” hobbies and leisure activities will be revived as their true value and beauty is recollected. Architecture will change from a chiefly masculine style of design that emphasizes functionality, clarity and efficiency to a balanced style of design that incorporates feminine aspects like mystique, softness and beauty. Natural architecture takes its shapes from nature, while intuitive architecture uses intuition to combine masculine and feminine qualities in a perfectly balanced way. Industrial design, garden and landscape designs will show a similar development. Handicrafts that produce distinctive products both practical and beautiful at the same time will see a recovery once people don’t need to turn every penny over twice. 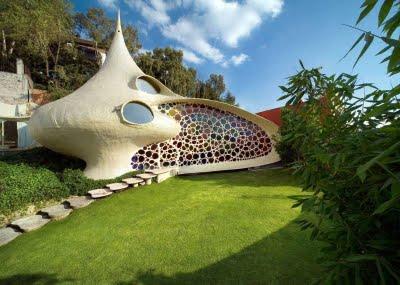 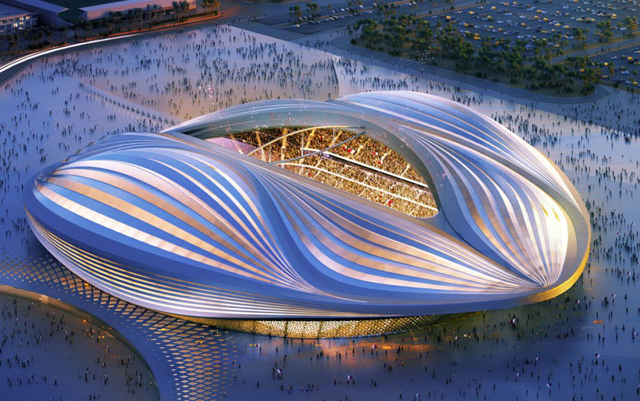 The road is wide open for everyone to make their dreams come true once the environment has changed from being obstructive to being supportive. Even your wildest dreams will come in reach as light assumes its rule over the planet. Given the fact that love and sex are the strongest forces in nature and are two sides of the same coin, many people will desire to live out their untamed fantasies. I foresee this taking a wide variety of shapes and applications, and it should be intimately connected to intuition. Sex is the second or sacral chakra force, love the fourth or heart chakra force and intuition the sixth or third eye chakra force. All these are feminine forces and intuition will provide the clear perception of what a partner needs and desires beyond what is plainly observable.

A second core instinct of mankind is creativity, any person stripped of life’s burdens and obligations will want to create. Again this is a sacral chakra feminine force, and it drives us to invent, design and build anything tiny to ultra large that we can come up with. Add the love to create things of beauty and add the intuition to create things of practical use and new creations will turn out splendidly.

A third core instinct of humans is self improvement, becoming more skillful (basal chakra), stronger (solar plexus chakra), more communicative (throat chakra) and wiser (crown chakra). These are masculine forces at work that ultimately make gods and goddesses out of ordinary men and women. So it doesn’t matter which part of yourself you want to develop and explore more deeply and it doesn’t matter if you are better than another or not, just follow your inspiration and grow into what you venture into.

The meaning of life is to love and be loved physically, mentally, emotionally and spiritually, to create marvelous wonders and to be the best you can be in any field of your preference.